I was reading a fitness blog this morning about an individual who competes in Tough Mudders. For those not in the know a Tough Mudder is a challenging army obstacle style course which fitness enthusiasts are turning to in droves. This particular blogger was on a ‘caveman’ or low carb, high protein Paleo diet competing in several mudders per year. His training program included lifting heavy weights once per week, alongside several weekly mudder style training sessions of crawling, climbs and long endurance runs.- He included videos of himself and I can vouch this individual trained very hard.- Yet, this isn’t what stood out- Instead what made his blog stand out was the images he included and obviously admired. Most of these images were of ripped muscular men with lean torso’s, muscular backs, and extremely well developed posterior chains. Underneath the pictures he wrote slogans such as ‘almost there’, ‘wow, can’t believe how hard he must train to look like this’, ‘look at this physique’ ‘inspiring’, ‘must get in my workout today.’ etc, etc.

This man obviously had a consistent training ethic but the ironic thing was his goals did not match his ideal. He was training one way to look another and was oblivious to the fact. As I read his workout program I realized he could train for the next twenty years and would never ever achieve the ‘inspiring’ bodies he so coveted.

What he didn’t seem to know the pictures he included were a combination of nutrition, (manipulating carbs & calories) lifting heavy & medium percentage weights consistently, sequenced anaerobic or aerobic conditioning, “off recovery days”, complimented with quality rest for muscle growth. The only thing this man was doing similar was the heavy lifting day and even at that, his volume was too low for any significant changes.

Which brings me to the rule 4 of Narnia. Make sure your goals are in line with your efforts otherwise it ain’t never gonna happen.

Narnia Training
Are you committed? 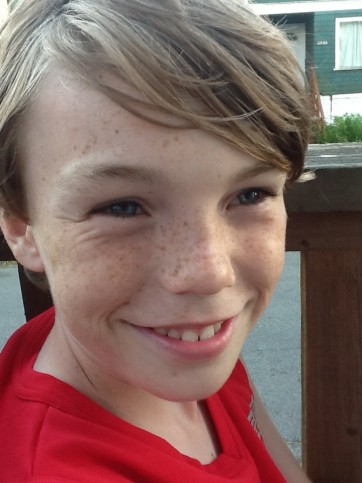 Yesterday, my 12 year old son had track practice in the morning. Track was followed by a mini triathlon (which was part of a school phys. ed program). After school he put on his boots and cycled to and from his 60 minute evening soccer practice. Upon returning home-a massive dinner was inhaled- followed by a saucer size bowl of ice cream for dessert. After dessert, he then proceeded to have an epsom salt bath and just before bed: micro stretching.

As he trundled to bed my wife said to him ‘I wish I was as fit as you’ to which he replied ‘you won’t be as fit as me because you are not committed.’

Cheeky. Indeed. But he was right.

Getting fit doesn’t just happen. Getting fit is a commitment. And if you’ve ever been in a relationship you know commitments are tough. With exercise these commitments range from the proper nutrition, the application of effort and consistency, the routine, the recovering, the monitoring, and the doing when you feel like don’ting.

Commit full on and like any good relationship there will be quiet rewards, such as fitness and an athlete’s body. Do it haphazardly or chaotically and the rewards will be smaller. Therefore, the third rule of getting into Narnia is advice taken straight from the mouth of a fit 12 year old. You must be committed.

I have been working strength & conditioning full time for 15 years and I am going to give you some insight: when someone stops a lifting program: usually everything stops. Activity absorbs into sedentary almost immediately. Usually happily sedentary. But sedentary all the same. A new lifestyle begins that involves less moving, easier effort, more sitting and added relaxing. Nothing wrong with this. It just becomes the new way.

TLA has a theory. A quality lifting training program builds body confidence. After all, if you can squat your bodyweight for reps–in your mind & in your being–you are more likely to be ready to snowboard or surf. If you can run and sprints, saying yes to team sports and other events becomes a natural progression. If you can do chin ups, bench press, and pull tires than damn right you can do a tough mudder. If you are a young athlete and have been doing olympic lifts alongside reaction and speed drills when you face an opponent head on you are more likely to say bring it on. Aesthetically, if you have been working out consistently and watching your nutrition buying clothes becomes an experience to enjoy because hey: you look pretty damn good in your new digs.

However, take away a consistent training program and a new attitude emerges: a lack of body confidence.

A friend asks you to snowboard and rightfully you might be worried about your leg strength over the course of a day. The chances of joining in on a team sport or going for a run radically diminishes because body knowledge says you are either going to be sore for days or so ill prepared a muscle pull or strain is likely. Meanwhile, if you haven’t been lifting or involved in an endurance program there is no way you are going to just do a tough mudder. Likewise, if you are a young athlete and haven’t been training speed drills then hey! maybe you will just pass it instead. Aesthetically, when you don’t work out or watch your nutrition trying on new clothes becomes an experience of dread.

They say exercise does so much for your health. They say you will never ever ever replicate the effects exercise has on overall health with a pill. That’s all true. However, one of the best things general exercise does is it becomes the root in providing individual body confidence. This brings me to Narnia training rule 2. To get into the other side of the Narnia cupboard you absolutely must have BODY CONFIDENCE to enjoy the full experience.

Narnia Training
Too much water kills the plant: Rule 1. 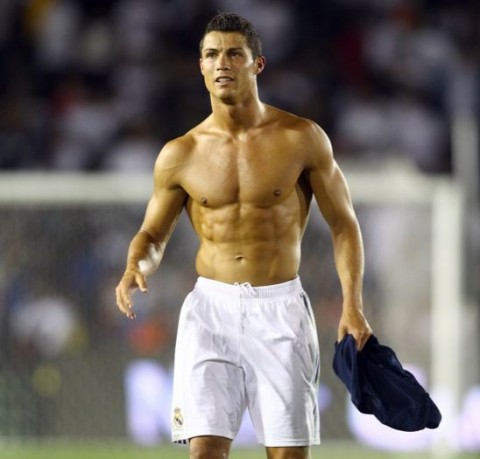 Christiano Ronaldo is the influence behind Narnia training rule 1.  Ronaldo has one of the fittest bodies in the business. This is a man who is in touch with his body. This is a man who knows all about Narnia training. He never get’s injured. His performance is always high. Not too mention he has the kind of body behind a smart exercise program. In a nutshell he looks and feels damn fit. His results show that spectacularly. While a player with Manchester United, he was training with his team mate Gary Neville during a particular intensive sprint session. In the session, Ronaldo absolutely gave it in 5 of the sprints and then chilled out for the remainder. Gary Neville, a true red and lad known to give 110% shouted at Ronaldo asking him to try harder. But Ronaldo quite wisely replied “too much water kills the plant.” This is rule 1 of Narnia training. Do not over do.

Too much water kills the plant. Unfortunately, for many, when working out it’s all about more. The biggest mistake I see with training is over doing. The training of over doing starts young. For instance, last night I was watching a conditioning session with 9 & 10 years olds. It started off well. The kids looked sharp, enthused and the quality was there. However, the coaches kept the session going. And going. Soon these same kids who looked sharp and athletic and sporty, now looked sluggish, and slow and not very athletic. The session went far too long. Sure the kids kept going, but the only reason they could keep going was the training intensity diminished and only this diminished intensity allowed the athletes to keep going. Whatever goal the coaches had at the beginning was lost as soon as they pushed past the point when quality dropped. In other words the coaches had killed their plants.

To enter Narnia training you must do the opposite. You go hard with great technique and intention(give the plant some water) and when you feel it is time, you stop.

If you are exercising regularly and find results are not happening the way you want: it might be a good time to take stock. Maybe you should reduce training output in favor of training quality. Concentrate on the exercise technique instead of just going haphazardly through the motions so you can do more. If you are a coach, maybe you should you learn to say enough, instead of kill or continue.

One of the myths to achieve a great physique is you have to brutalize your body with hard core death routines. This is indeed a super myth. Instead, you just have to be smart. For instance, in your next upper body workout instead of rushing through the session do the most controlled tempo/ heaviest bench press you can absolutely do. As part of this lifting program do 12 of the highest quality chin ups and feel satisfied. Then stop. Don’t do more. Don’t do multiple sets of 10 with continued diminished quality. Just do 4 sets of 3 with the best form and power output possible. If you have the ability to do 10 consecutive chins with multiple sets, instead wear a weight belt and load up. However, make those 4 sets of 3 count. Slow down and emphasize technique over just completing and moving on. If you are in a running session, warm up & complete the fastest sprints possible and when your pace begins to slow down:stop. Or wear a heart rate monitor and do not start the next interval until you are properly recovered. Try to run faster, not longer. You would be surprised how many times advice like this get’s ignored. Many clients just don’t believe it because over the years (sometimes starting when they were kids) exercisers have been conditioned into the 50 shades of grey mentality of pain = results. And if it’s rushed pain even better. This is a shame because there is another easier truism out there. By living the training philosophy of ‘too much water kills the plants’ an individual will achieve the best body, feel the best, move great,have minimal injuries, diminish cravings, and look athletically good.

Any doubts, just look at Ronaldo.